What should I consider when buying an alarm system without monthly subscription?

September 14, 2021 Post a Comment
Choosing the right alarm system can be a bit of a jungle. What system should you choose, what are your needs and what are your limitations in terms budget? In this article I will go through some of the main concerns, you should consider before buying yourself a security system.

One of the biggest differences between alarm systems with/without subscriptions are without any doubt the price. Alarms without monthly subscriptions can easily be just as good as alarms with subscriptions and in a lot of cases be even better in terms of quality. 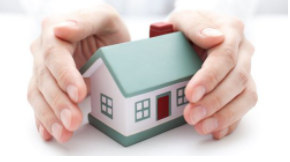 When you are paying subscription to some of the big security companies, you not only get the alarm system but also access to guards at the local security centrals, looking after your home. In most cases, the security central is the biggest cost that you pay for. Salaries for people who are sitting and waiting to assist you in the case of a burglary are the main thing for the big price difference, and you should consider if that is worth it.
If your house has been the victim of a burglary, guards from the security central will try to drive towards your home and possibly stop it – so the commercials say. The reality is quite different. Guards will not arrest thieves, since guards do not have the authority to do so. They will arrive at your house, most of the time too late, and confirm that a crime has been committed – which has no value to you.
Therefore, always consider whether or not monthly subscriptions with guards and security centrals are worth the money! In most cases, you can call in the crime yourself with an installed security system and a camera to the police, confirming the crime directly on your phone.

What devices should you consider buying when installing an alarm system in your home?

First of all, you should look around in your house, and see how many places there would be a chance for a thief to enter your home. Windows and doors are obviously vulnerable, and you should count each window and door, that you think would be chosen as a security weakness. For each door, you would need a so-called “contact sensor” that will alarm, if the window opens, and the same concept for your doors, that need a “door sensor”. Inside your living rooms, you need so-called “infrared sensor” which are sensors that detects movement.
That was the security system. Moving on to security cameras – they are equally important if you want maximum security. Most people would only need 2-3 security cameras, placed in strategically places. Put yourself in the mind of a thief; where would you think the most convenient place around your house is to brake in? Most thieves likes a quite area to do their “work”. If there is a blind spot, put a camera there. If there are only very few places to reach your house’s vulnerable windows/doors, place a camera at the entrances, so the thief knows they are recorded the second they enter your premises.
And for Gods sake (sorry my language) remember to buy alarm systems and security cameras, which are controlled through the same app on your mobile phone. Why is that important? It is important, because if your camera and alarm works on the same platform, they can alert each other. If your camera outside detects movements, it can “talk” to your alarm and set off the alarms siren, and notify you instantly.

Remember anti-jamming and sim card in your alarm system

Okay, you’ve now secured your house with an alarm system and cameras. But what about the alarm systems vulnerabilities? It is quite often I see, that our customers forget about that alarm systems themselves are subjects to attacks from outside the house!
So what am I talking about? Professional thieves are smart guys. Yes, they are bad guys, but they know what they are doing – otherwise they were in prison. Alarm systems “talk” to your sensors through frequencies (often 433 MHZ or 868 MHZ). You can look at the 433/868 MHZ channels, as a language. Let’s say your alarm system has no anti-jamming technology built inside, and talks a the 433 mhz band. A clever thief has a jammer with him. A jammer is a small device that “shouts out” on the 433 mhz band so much, that your alarm and its sensors can’t communicate with each other. That means, that if the thief is using his jammer, and is disruption the communication between your sensor and alarm system, the alarm system will never hear that the sensor is telling the alarm, that a breach has occurred – and the thief has easy access to your house.
An alarm with anti-jamming does not care about the jamming device. Simply because it does not only speak only one language, but multiple languages at once! So if 433MHZ is jammed, it simply jumps onto another, and the thief can forget all about jamming the alarm – and will move on to another house.
Alright, so you’ve bought anti-jamming as well. Are you done? I would say, almost but not yet. The missing piece of the puzzle to security is buying an alarm with a sim-card slot. It is not very sophisticated, but a sim-card in your alarm will give your alarm the ability to send you text messages, and make calls in the even of an alarm combined with your internet connection is cut off. An alarm is not much worth, if it cannot alert you – and if your Wi-Fi is gone when the breach is happening – you will hear nothing. If your alarm can call you and text you, you’re always reachable.

Alarm systems can be a tricky product to buy on your own. If you read this article and consider what I think is the most important factors, you are on the right path to set up your own security system with a substantial saving year, after year after year – without compromises.
Source : Ezinearticles 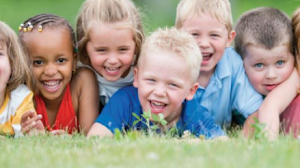 How to Pick the Right Insurance Policy for Children?

When it comes to insurance policies, there are several that…

A Delicate Balance Between Aesthetics, Usability, and Accessibility

Having designed and developed websites for over 25 years,…

4 Insurance Functions, Provide the Best Protection for the Future

How to start a business after you retire?

Retirement sounds good after hard working years and in the …

Heri
Mataram, West Nusa Tenggara, Indonesia
Hai there, my name is Hery. I am from Indonesia. Start blogging at 2015 until now. I am an employee, a father, writer and ofcourse a blogger. My daily activity is working in my company and also write and publish some articles in my blog. Hope you enjoyed this blog.. Thank you for visit..
View my complete profile